**For fans of the SCVC Taskforce series! What have Cooper and Celina been up to? Find out in this fifth story that finds the couple in the middle of murder, mystery, and secrets that could kill. (This is a short story, easy to read in an afternoon!)

Cooper Harris, head of the SCVC Taskforce and nicknamed The Beast, isn’t afraid of anything…except that the woman who rocks his world may be about to dump him. Celina is acting distant and secretive while an engagement ring burns a hole in Cooper’s pocket. Whisking her away for a romantic weekend at a Northern California vineyard, he hopes to reignite the spark between them and get up the nerve to finally ask her to marry him.

Feisty crime scene photographer Celina Davenport hates keeping secrets. The baby growing inside her is cause for celebration, but Cooper has a son from a previous marriage and claims he doesn’t want more children because of his dangerous job. Celina understands what makes The Beast tick, and she also knows he’ll be a great dad to their child. She only needs the perfect moment to break the news.

Before either can come clean, Cooper and Celina stumble upon human bones and realize the beautiful vineyard hides a dark and haunting past filled with love, betrayal and murder. Can they unravel the mystery buried in the Northern California hills and bring a killer to justice? Or will the secrets they’re keeping from each other put them in deeper danger than they could ever imagine? 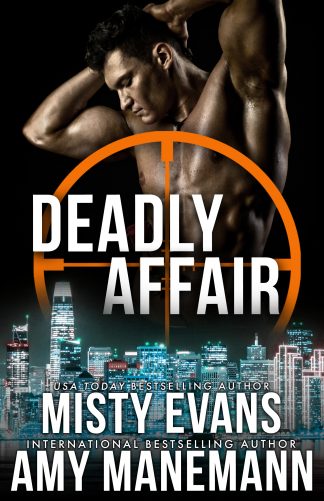