Miles is Charlotte’s one and only weakness. He’s also her only hope…

Charlotte is his fantasy woman. She’s also the biggest mistake of his career…

He was supposed to hunt her down. Instead Miles ended up at the mercy of the sexy, mysterious MI6 agent who left him without so much as a goodbye after their six-week love affair in the Carpathian Mountains. Back in the States and working as an operative for Shadow Force International, Miles has been searching for Charlotte ever since—and so has everyone else. She’s a traitor to her country and she may be responsible for the deaths of his SEAL teammates a year ago.

Together, they can save the world. Or destroy each other…

When Charlotte shows up on his doorstep asking for help, Miles knows better than to get involved. She’s determined to go back to Romania with or without him, however, and he knows she’s walking into a deadly trap. Can he keep her safe as they travel across continents and explore the depth of their feelings for each other? Or will misplaced honor and treasonous loyalties prove fatal for them both? 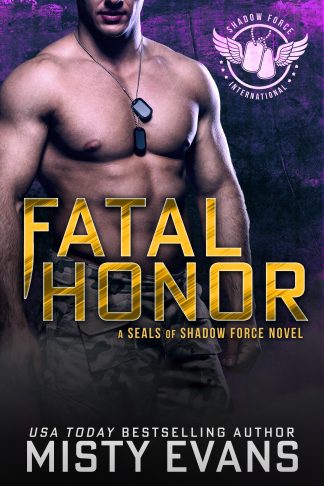