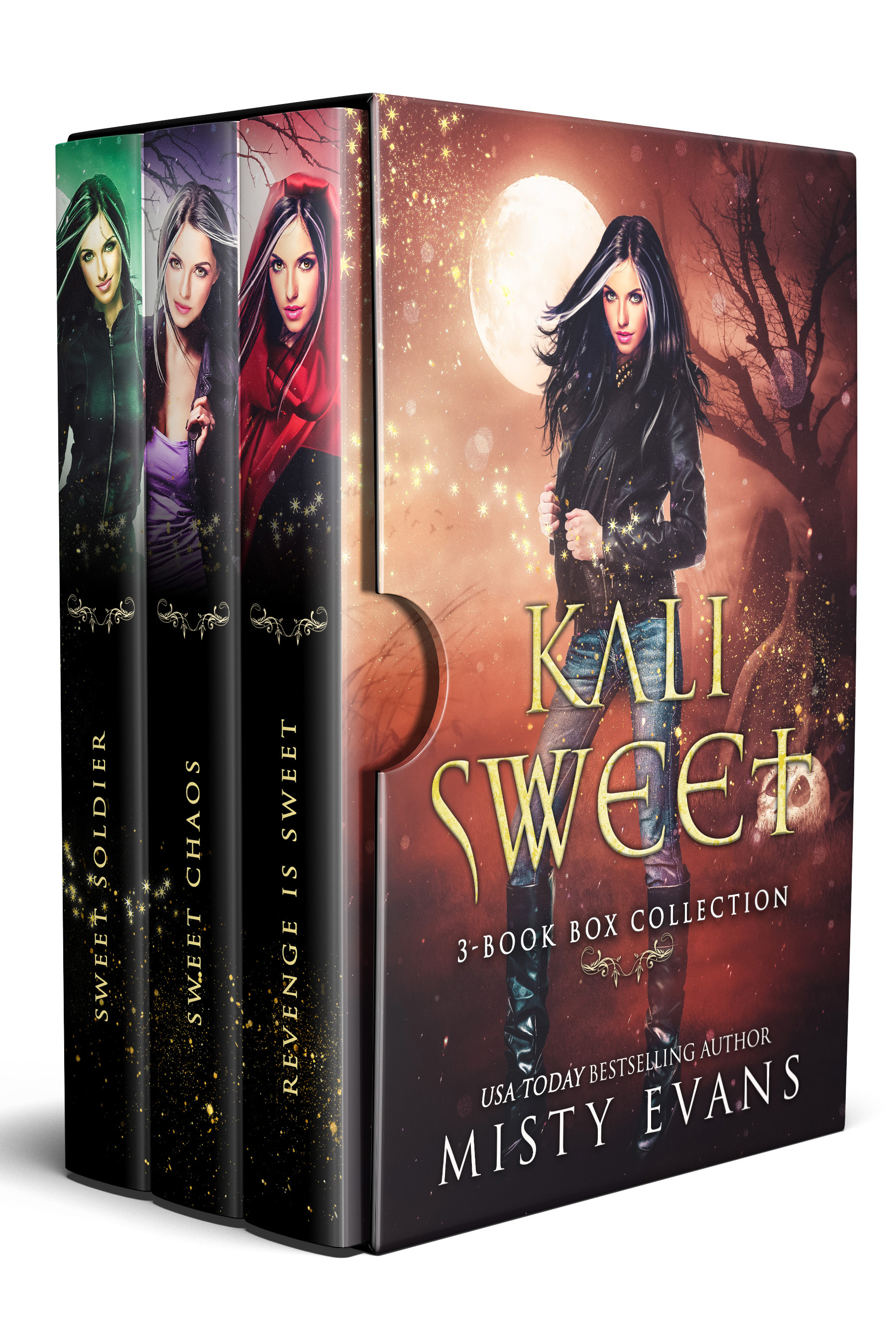 Kali: Thanks for agreeing to do the interview, Rad.

Rad: (eyeing Kali’s whip):  Like you gave me a choice.

Kali (smiling): So, you’re a Chaos demon. If you could have any power other than the powers you currently possess, what would it be?

Rad: The ability to read your mind like Damon does. I don’t like that he has that power over you.

Kali (ignoring the hard look in Rad’s eyes): How difficult is it to be half human/half Chaos demon? Which one wins out most of the time?

Rad: My two sides are always at war, but I’ve learned to control them. The chaos side comes out if someone I love is in trouble or I’m threatened. The more vulnerable human side comes out when I am with that certain person I love. Sometimes they both come out when we, uh, you know… (winks)

Kali (narrows eyes at him): Moving on. What do you want to dress up as for Halloween?

Kali: Che cavalo, you are so full of yourself.

Rad (grinning): You love me anyway.

Kali:  What is your favorite thing to do on Halloween?

Rad:  Perform in front of my fans. Halloween rock concerts are the best. Fans dress up, real-life supernaturals come out to play, and the band and I bring down the house with our own version of Thriller.

Rad: Hmm…it’s a tossup between Snickers and M&Ms.

Kali: What would people be surprised to know about you?

Kali: Your shrimp fra diavolo is the best I’ve ever had. Why are you so good in the kitchen?

Rad (wiggles fingers): It’s all in the touch. Like playing a guitar or seducing a woman.

Kali:  Riiight…so what do you like to do when you’re not playing music or chasing down crazy supernaturals with me?

Rad:  Watch sports. Drive fast cars. You know, the usual. I am half human and a guy, after all.

Kali: If you had to pick a fight with another supernatural what kind would he be?  Vampire? Werewolf? Ghost?

Rad: There’s a certain vampire king and an archdemon I’m dying to go a couple rounds with.

Kali (mimicking Rad and wiggling her fingers): Better not hurt your money makers.

Rad: It’d be worth it to get you away from both of them.

Kali: Not gonna happen, and if it does, it’ll be because I kicked their asses, not you.

Rad: We’ll see about that…

Kali: Isn’t it inconvenient to be in love with a demon (points to herself) when you’re a demon hunter?

Rad: Inconvenient? More like a living hell, especially since you’re the number one demon on my hit list. But what’s life without some gritty conflict? (He shrugs.) I make it work.

Kali: Yes, you do. Quite well, in fact, but we really need to do something about that. I can’t keep consorting with a demon hunter.

Rad: Parker’s not in my life anymore and you know it.

Kali (snaps whip at him): Go. I’ll catch up with you later.

Rad: You better or I’ll hunt you down.

Kali (waving him off and secretly smiling as she watches him saunter away): Promises, promises…

READ Kali and Rad’s story this weekend! (Buy direct and save $5 on the bundle!) 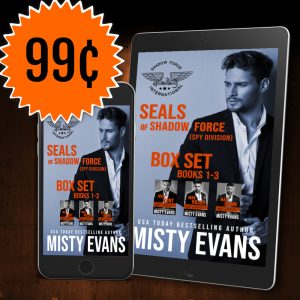 I’m delighted to tell you about a HUGE sale I have going on this week. Earlier this year, I added spies to the SEALs of Shadow Force gang, giving them a trilogy spin-off. Many of you loved seeing your favorites, like Beatrice, back for more adventures in these stories, as well as meeting the newest SEAL members of the team.

This week, the SEALs of Shadow Force: Spy Division Box Set is only 99¢!! You save 80%!! It’s hit the top 100 books on all retailers, earning the bestseller badge on Amazon AND Barnes & Noble. Readers are loving it, and if you haven’t read them yet, now’s the time to grab all three books and binge!

Get your copy now (and it makes a great gift so buy an extra to share):

If you haven’t read the SEALs of Shadow Force, the first book, FATAL TRUTH, is FREE at all retailers too!!!!

The SEALs of Shadow Force have added spies to their ranks! Meet the men and women that make up the Spy Division and go undercover with them on dangerous international missions full of espionage, intrigue, and of course, sizzling romance.

Under the supervision of Beatrice Reese, the former SEALs, spies, and tech experts risk their lives every day against terrorists, crime lords, and serial killers. Along the way, they fight to protect the ones they love and gain their happily-ever-afters.

About the series:
Shadow Force International: A group of former SEALs, abandoned by the United States and labeled as rogue operatives, now work as a black ops team performing private intelligence, security, and paramilitary missions for those who have nowhere else to turn. Some of them find romance along the way and lose their hearts protecting those they love at all costs.