A family curse, a stolen heirloom, abandoned castles, and lost families draw former SEAL Jon Wolfe and his lover Jaya O’Sullivan into a tangled web of lies, greed, and murder in the next installment of the SEALs of Shadow Force romantic suspense series by USA TODAY bestselling author, Misty Evans.

Bad luck from an Irish family curse has haunted Jaya O’Sullivan all her life. As the New Year kicks off, she wants to believe her luck has changed when she revives her steamy relationship with ex-SEAL Jon Wolfe. When Jaya discovers a pesky stomach virus is no virus at all, she fears telling the commitment-phobic Jon that there’s a baby on the way will bring the worst luck of all.

All Jon has ever wanted is a happy family. Instead, his father’s in prison for murder – and Jon’s the one who put him there. His job is the only he thing he has now, and battling depression, he’s terrified to love anyone. Anyone, including the only woman who’s ever made him forget his problems, but the sexy, Gypsy-at-heart, Jaya deserves a better man than he can ever be.

When Jaya’s treasure-hunting father goes missing on an expedition to Ireland to find the infamous O’Sullivan cross, criminals who also want the family heirloom kidnap her brother. Desperate, she must turn to Jon for help. The hunt leads them through abandoned castles and haunted graveyards, but will it lead them home to each other’s arms?

“I loved the backdrop of Ireland and all of the lore the Misty Evans has brought into this book.” ~ Margaret, Goodreads reviewer

“…this is the best book in Shadow Force International series” ~ Niken, Goodreads reviewer

Available for Kindle & ePub (iPhone, iPad, Kobo, Nook) you will be emailed a link after purchase. 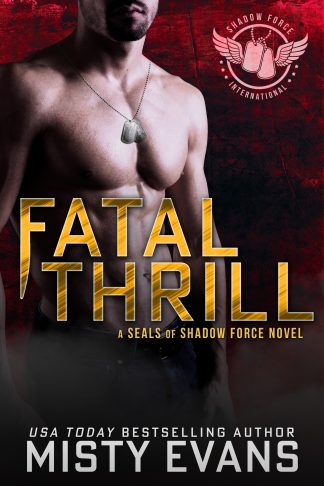