Life is one battle after another…

Armageddon is coming and it’s up to me to stop the Four Horsemen and their heavenly army of angels. Unfortunately, one of the Horsemen happens to be my rock star boyfriend, Radison Beaumont. At least that’s what his ex-fiancée, Parker Burkett, claims.

Parker wants revenge on me for stealing Rad and she’s working with my archenemy, Queen Maria, a succubus who wants me back in her court of supernaturals. The only way I can stop them and the coming biblical apocalypse is to recruit an army – an army led by the king of hell.

Lucifer’s not about to help without getting something in return, and following anyone’s orders – even his – is not my style. I’m turning my inner demon loose on Parker, Maria, and the Horsemen – and saving the humans I love at the same time.

But what price will I pay for dealing with the devil? Going to the dark side has never been so sweet.

Books in the series: 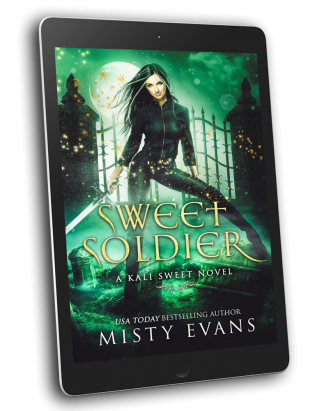