He’ll sacrifice everything to be her savior, but will she be his downfall?

CIA Deputy Director Michael Stone is a decisive force in the war on terror. After surviving a harrowing terrorist attack that nearly killed him, he has also become an overwhelming force, putting nothing above his job in order to keep his country safe.

When his niece, the daughter of the Republican candidate for President, is kidnapped just days from the election, Michael vows to do whatever it takes to get her back safely and bring the kidnapper to justice.

Dr. Brigit Kent, a consultant for Homeland Security, knows the kidnapper well. Exposing him, however, will also expose her sister’s secret ties to a terrorist group. The only way to keep her sister safe is to cut a deal with the sexy and rock-solid deputy director, but blackmailing him can only lead to political and professional suicide.

With the clock ticking on his niece’s life, Michael has no choice but to accept Brigit’s offer. She’s beautiful, brilliant, and cunning, but is she friend or foe? The answer could break his personal code of honor—and his heart.

Books in the Super Agent Series: 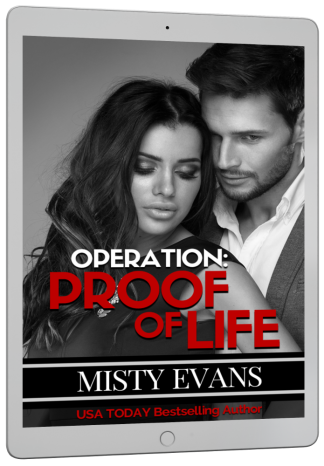 You're viewing: Operation: Proof of Life, Super Agent Series, Book 3 $3.99
Add to cart
%d bloggers like this:
We use cookies to ensure that we give you the best experience on our website. If you continue to use this site we will assume that you are happy with it.Ok