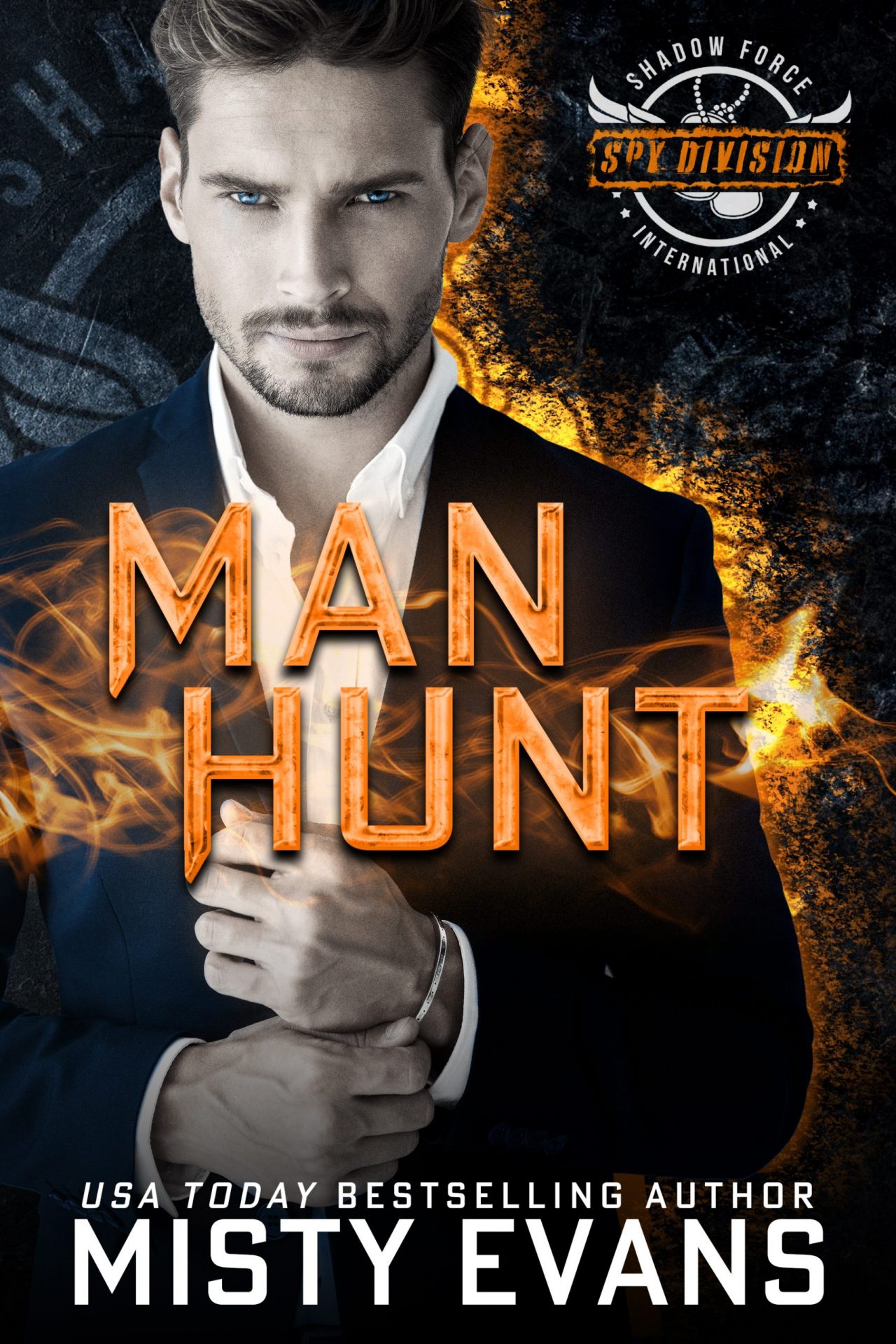 A blanket of stars shone in the dark sky, a partial moon hung low over the lake reflecting a swath of light on the dark waters.

A feral dog—a dingo—that had been hanging around howled from the ridge line, the sound eerie and bone chilling, echoing inside Ryker’s heart. Loneliness and loss held in that one note.

I’m dead to the world he chanted over and over in his mind as the weight of his body in the chair grew heavier. Convincing himself or the world of that fact? He wasn’t sure.

Loss was his best friend, guilt too. Both reminding him, like the outcast dog with no pack, that he was on his own. My survival depends solely on me.

First thing in the morning, he’d pack the essentials and clear out the cabin. It had been too long. He’d gotten comfortable.

Comfort was a death sentence.

He toyed with the idea of burning down the cabin, but the land was dry, the northern outback a tinderbox, regardless of the Daintree Rainforest’s status. Too much risk of starting wildfires that would harm the animals and scattered humans in the area. Instead, he’d have to make sure to remove every trace of evidence by his own hand.

It could have other consequences too. The fire, even out here, would call attention to the fact someone had been here. Although the world thought he was dead, there were still people looking for him, dangerous ones who believed he might be alive. They needed the information he had in his brain and would do anything to extract it.

In the end, it didn’t matter if they tortured him, he’d offer up the intelligence without any struggle, but he had a mission to complete and a life to save before he died—for real this time.

The mission was the only reason he was still breathing. His life had been over since that night in Berlin—the kid, though…well, Jaeger’s life was just getting started.

As if he’d conjured the boy, he heard a soft voice behind him, the almost silent padding of a child’s footsteps. “Papa?”

He wasn’t the boy’s father, and had never led Jaeger to believe otherwise. However, the kid was stubborn, even at the tender age of five. His mother dead and his biological father not in the picture, the boy had decided Ryker was the best substitute for both.

He was dressed in cotton shorts, his little boy belly hanging over the waistline. His dark eyes mirrored the lake and one of his hands dragged a blanket across the ground.

Jaeger had named the feral dog after his favorite food, Vegemite, and regularly gave him scraps from the table.

The boy crawled into his lap, blanket and all. A faint sigh teased the air, the boy’s voice laced with a bit of an Aussie accent. “Nah, you did, Papa.”

Ryker hadn’t made a sound leaving the house and had been sitting here, staring at the lake for over an hour, contemplating where to take the boy next. Kakadu? Devil’s Marbles? One of the islands off the east coast? Starting without a solid plan was foolish. He needed to scout some areas before going off half-cocked simply because his anxiety was getting to him. “Sorry, mate. You can’t blame your insomnia on me. You know I’m as stealthy as a ghost.”

“Was it the bad dream again?” Jaeger asked, ignoring Ryker’s plea of innocence. “Did you walk out here in your sleep?”

The kid had some kind of ESP. How many times had Ryker been wakened from the repeating, awful nightmares by calm, gentle hands, and the boy’s soothing voice? For someone so young, Jaeg understood fear, how to pacify a grown man having a full-blown PTSD episode. Ryker’s sleepwalking never scared him like it might other kids.

The PTSD wasn’t so much fear from what had happened, but gnawing guilt and anticipatory anxiety. Fear of what could happen. The wolf was always outside the door.

Tonight, however, it hadn’t been the usual nightmare. Instead, something almost worse. The invisible woman on the other end of the line whose voice was like a balm to his heart. She’d been so calm that night as he spoke to her from Berlin. He’d only known her forty-eight hours but had been in touch with her back at Langley almost nonstop during those two days and nights. He’d believed with all his heart that she was trying to help him, and yet in the end, she’d asked him to sacrifice Petra and the boy to save himself. Something he’d refused to do. She still visited him in dreams, almost like a guardian angel, alerting him when he needed to pay attention to something, change course, or listen to his instincts. Tonight, he’d fallen asleep in the chair for a little while, and she’d come to him, a mystical, sexy embodiment of that voice.

But that dream always ended the same—he’d awaken with a hard-on and a headache. His body wanted what his mind told him he shouldn’t desire. For all he knew, that woman—the new handler who was supposed to help him complete his mission—was the same person who’d ordered his death.

Ryker wrapped his arms around Jaeger’s small, warm body. He’d promised the boy’s mother to protect and defend him no matter what it took and he’d go to his grave keeping that promise.

“We’re starting a new adventure once the sun comes up. I was going over the details in my head.”

Jaeger raised his chin to stare at Ryker. “A walkabout?”

“There’ll be some walking and riding, maybe even a boat ride.”

And then some. Every one of the areas that’d be good for hiding would require hours and hours to get there. Roundtrips might take days. “We’ll pack all your important things and take them with us, okay?”

I’m not even sure where we’re going. Staying underground with a child was hard enough, bringing a grizzly old dingo along would definitely call attention to them. He’d known better than to let Jaeger get attached to the animal, but Ryker wasn’t the only lonely one out here. The kid needed a friend. “Mite won’t like where we’re going. It’d be best to leave him behind.”

Another sigh. The boy tucked himself into Ryker’s chest. “I’ll leave some roo meat and Vegemite toast for him.”

One of their few pleasures—the Vegemite—and here the kid was giving it to the stray. “We best get you back to bed.”

His breathing was slowing, his eyelids fluttering closed. “Are you going to bed now too?”

There is no sleeping tonight. Not for him. He had to get out his map and decide for sure where to head on their first scouting expedition. Somewhere remote, extremely challenging to get to, but offering an easy escape route in case someone found them. Highly unlikely with his training, but he had to be prepared nevertheless. There was no letting down his guard, no assuming they were safe, ever.

This place had been ideal for the past seven months. Filled with forests, mountains, and wild animals, there were few roads and even fewer people.

“Sure, I’ll head in pretty soon.” The islands on the east coast might be the ticket, although they only allowed one major escape route, and that was over water. He’d need a boat, something fast but sturdy. “You don’t need to worry about me.”

“That means no, you’re not going to bed.” The boy snuggled deeper, pulling the blanket to his chin. “I’ll be staying with you then.”

Jaeger had nightmares as well. He ruffled the boy’s hair, releasing his own sigh. After a few minutes, Jaeger’s breathing grew deeper.

Movement by the woods caught Ryker’s eye, a flash of white disappearing in the shadows of the trees. Mite had heard Jaeger’s voice, no doubt, and came to investigate. He hoped for a bit of food or a pat on the head.

Not this time, mate.

For a moment, Ryker wondered how the dingo had gotten separated from his pack. Why had they left him behind or forced him out? He was old, but still moved well enough. Maybe he truly was a feral dog, belonging to someone who’d lived here before and left or died. He’d probably lived too long with humans to become fully wild, and the dingoes hadn’t accepted him.

Or maybe he’d done something they deemed unforgivable. Ryker had no idea what that might be, but either way he felt a strange connection to the dog. He’d been betrayed by his pack, the CIA, and understood the consequences from the choices he’d made that had put him here with only a small boy and a feral dog to keep him company.

Jaeger snored softly and Ryker lifted him, carrying him to the cabin. For a brief moment, he glimpsed Mite’s face peeking through some brush, watching him. Ryker paused, sending the dog a silent message of thanks for befriending the boy. “Sorry I can’t take you with us,” he whispered.

Mite stared, then shifted and ran, disappearing once more into the dark shadows.

Ryker looked down at Jaeger’s face, his small mouth open, his chubby cheeks moving ever so slightly with each breath of air.

It wasn’t only the promise Ryker had made to Jaeger’s mother that kept him protecting the boy. He’s my son too. Maybe not by blood, but definitely by choice.

As Ryker entered the cabin, a soft howl echoed through the woods behind him.

★★★★★ “Holy hotness! Can I have a Ryker? Seriously, this was a great contemporary read and I do have a soft spot for a man in uniform. Mia is definitely his match whether he wants to admit it or not! Lots of action you’d expect from a spy theme and some super hot M/F action.” ~ Larisa, Goodreads reviewer